Our responsibility is to create characters that live the role in every way. We achieve this by making kinesthetic connections to every aspect of the role. Milne Studio Toronto actor training is designed to give you a broad base of fundamentals to strengthen your acting instrument and your interpretive skills. Creating roles succeeds and fails on the choices you make. We help you identify how to make the right choices. 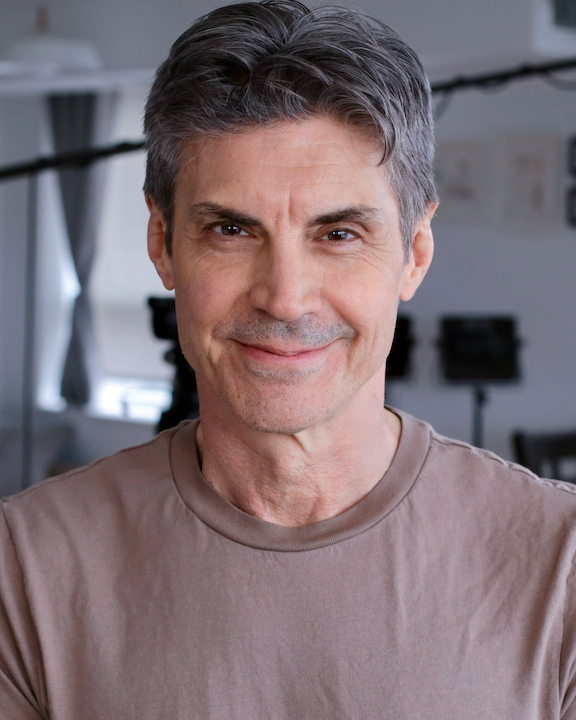 Brad Milne, studio founder, lead instructor, actor, entrepreneur, producer, director and coach with 275+ Acting assignments in the past 30 years coupled with 20 successful years experience as an acting coach. Brad's coaching and classes have launched dozens of acting careers. He has guided more than 2000 students in classes, workshops, seminars, bootcamps and in private sessions in the U.S. and Canada. He has worked from concept through to completion on feature films, TV-Pilots, commercial campaigns, corporate video libraries and more. His coaching of others started in sports as a teen when he guided freestyle skiers to championship levels through his training camps. Less than a decade later and after acquiring his own title of Canadian National Amateur Champion in his freestyle skiing discipline he applied his coaching skills to business where he helped foster success for individuals and companies of all sizes through sales, business development and strategic consulting. Brad's combined experiences bring a holistic approach to the artistic and entrepreneurial aspects of the actors career and it's intricate art form.

For beginners and newcomers to the studio. Learn Foundation Training and Script Interpretation techniques. Foundation work includes: breathing, energy, voice & movement, with some improv. Actors are individually worked with on camera. You will be assigned a minimum of two roles (monologues) for your six weeks. You are required to do you first three classes are in the Tuesday evening class. Over the course of your next three classes you are invited to join the mixed Level I & Level III class for a couple of sessions to take part in and observe the advanced environment. Taught in studio by Brad Milne. Six classes to complete Level I.

Gain access to the Milne Studio Actor Guide, an online tool which outlines our studio method and approach to the craft, and business, for easy access and study. Learn PERGE™, Brad Milne's interpretive method to break down material, which results in a deeply compelling, powerful choice-driven, strongly intentioned, authentic performance.

Your success is our goal

Class scene work is videoed and delivered via Dropbox. Very useful for keeping track of your progress, helping update an existing agent or procure a new one. Enrollment at  Milne Studio requires that you understand and adhere to our Studio Policies. Please peruse our Policy Page, enrollment is your acceptance of our policies. View our Schedule Page for dates and times of classes. For year round convenience you can enroll and join class at any time throughout the year. Our classes are offered in class packs of 4, 6, 8, 10 & 12. Make sure to review our student friendly class pack policy on our policy page. At Milne Studio your class packs get you extra weeks to complete your classes if you miss a class. If you're feeling genuinely ill on the day of class with any kind of cold, flu or covid symptoms, so long as you message your coach early in the day you won't lose that class. When the studio is closed or the coach misses a day your class pack resumes at the next class. A very flexible way to train your acting craft and not lose money to a lost class while maintaining your training consistency week to week.

1) Click the REGISTER button above and fill out the form.

2) Choose your Class Pack, then send an Interac eTransfer to [email protected] for the amount. Or, click "Add to cart" below to pay with a credit card.

Class scene work is videoed and delivered via Dropbox. Very useful for keeping track of your progress, helping update an existing agent or procure a new one. Enrollment at the Milne Studio requires that you understand and adhere to our Studio Policies. Please peruse our Policy Page, enrollment is your acceptance of all our policies. Please view to our Schedule Page for dates and times of classes.